Pianist and composer Vicente Avella was born and raised in Caracas, Venezuela. His early beginnings in music ministry date back to the years he attended the Don Bosco School in Caracas and joined the praise band. With the help of a grant from the Venezuelan government, in his early twenties, he moved to the United States to pursue his studies in music, completing a master's degree in music composition at the Eastman School of Music and a bachelor's degree in piano performance from Indiana University.

Upon completion of his studies, he accepted his first position as pianist/organist at Our Lady of Good Counsel in Newark, New Jersey in 2000. He then went on and served as a music minister for a number of parishes in the New York/New Jersey area. He continued his work as a music minister serving at St Charles Borromeo in North Hollywood, St. John Baptist in Granada Hills, and, for the past 14 years, at St Andrew Catholic Church in Pasadena.

In addition to his music ministry work, Vicente has scored numerous independent films and orchestrated, and worked on music production for major network television shows including Family Guy (FOX) and American Dad (FOX). Vicente's music continues to win accolades including the prestigious ASCAP Awards, honors at the International Composition Competition ALEA III, the Bernard and Rose Sernoffsky Composition Prize from Eastman School of Music, and honors from the international competition Waging Peace through Singing. He was given the title of Distinguished Musician by the IBLA International Music Foundation and is the recipient of a Meet the Composer grant from New Music USA. He is an instructor at Berklee College of Music’s Online Extension as adjunct faculty at Antelope Valley College. Avella currently resides with his wife and children in Los Angeles. Please join us in welcoming Vicente as our new Parish Director of Music. 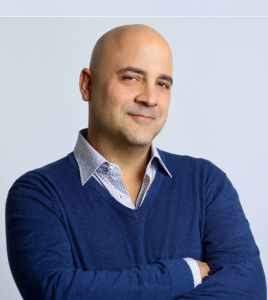